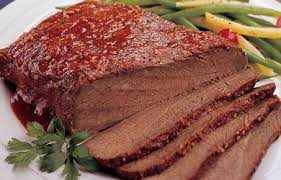 As a boy raised in the south, I have always had an affinity for barbecue. But now that I live in New York, the opportunity to partake in quality ‘que is not as abundant as it once was. There are definitely a few great places that have opened recently – Mighty Quinns being the only one I believe would truly make it down south – but the lack of quality supply means the prices are high, and I am not used to, nor willing to pay, white tablecloth prices for what to me is supposed to be one of the most accessible foods there is.

On top of all this, like most New Yorkers, I lack outdoor space. While I wish I had access to a backyard or a roof where I could perch a smoker, that’s not gonna happen – and to be honest, even if I did, it probably wouldn’t be a good idea as a neighbor who mistook my delicious BBQ for a building on fire would be sure to call the fire department.

What I do have is an oven, a broiler, and even a grill I can perch on my fire escape if I really want to. Which is why I was so pleased a few years ago when I discovered an insanely easy BBQ recipe by one of my favorite recipe writers, Mark Bittman. Layering flavor, Bittman suggested using the oven low and slow to create the same slow cooked goodness one gets with a smoker, and then finishing the ‘que under the broiler or on the grill. Over the years I’ve adapted the recipe a bit to suit my own tastes, but the result is truly the best, and easiest, BBQ I’ve ever had – outside of the mom and pop shops you can only find in the deep south. It’s great for a group too. So with the weather starting to warm up, fire up the grill, and your oven, and make some succulent ‘que. You Will Also Need:
A Large Cast Iron Skillet and A Large Oven-Safe Pot
or
A Dutch Oven

In the same pan that still has a bit of oil left, turn the heat down to medium and add the onions and the garlic. Saute until the onions sweat, about 5 minutes. Then add the wine, vinegar, ketchup, Worcestershire and chili powder. Stir to combine.

Start checking the brisket after about 2 hours. When it is fork tender, pull it out. Reserve the sauce. At this point the brisket can rest out for up to 2 hours, or you could even put it in the fridge for up to 24 hrs – if you decide to place it in the fridge, just make sure you let it come back up to room temp before you grill or broil it.

Take the sauce and either transfer it to a blender, or using a stick blender, finely puree. Place the now smooth sauce in a saucepan and heat on low, allowing the sauce to thicken.

Heat a broiler on high or light the grill. Take out your brisket and char on either side, getting it brown and crisp. Remove from the flame, transfer to a cutting board and carve. Season with salt and slather with your red wine BBQ sauce. Serve. One thought on “BBQ Brisket With Red Wine BBQ Sauce”