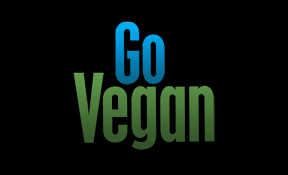 As the growing season comes to an end, grapes are harvested, destemmed, and crushed. The juice from those crushed grapes is then fermented (converting sugar into alcohol) and macerated (extracting pigments from the skins, seeds and if the winemaker chooses, the stems) to become young wine. This young wine is then drawn off the skins and seeds to be vinified further – turning it into the wine we see on store shelves and in our glasses.

When the new wine is separated from the skins and other organic materials like seeds and stems, there are always some residual molecules hanging out, literally, in the wine. These residual molecules are known as colloids, microscopic solids in the form of compounds like pectin and pigmented tannins. Colloids give wine its viscosity, adding to the finished product’s resulting complexity. But not all of these colloids are needed for a wine to have personality. Often, these rogue agents are the culprits that result in flawed wine.

To combat this, winemakers have devised many ways of clarifying wine over the centuries. Clarifying wine is the process of stripping wine of loose organic material while allowing it to retain its body and structure. The most fundamental and commonly used method is racking, a way of letting wine rest in barrels. This allows gravity to do the job of forcing these compounds to sink to the bottom of the vessel (typically a wooden barrel), and as they do, wine is siphoned from one vessel to the next. Each round of wine siphoning begets less and less cloudy gunk coming along for the ride, until the wine reaches the desired clarity.

Fining and filtration are two other common processes that winemakers use to help clarify wine. Filtration, a somewhat invasive process, involves running wine through a fine mesh filter, stripping the wine of organic material that cannot pass through. This is generally used for large production wines or wines that are to be consumed in their youth. It’s in the use and method of the fining process where we resolve whether a wine is vegan and/or vegetarian or not. Wine is a naturally “vegan” product, but the fining process can change this status. Fining works by adding a third-party compound to an unfinished wine that attracts the loose colloids mentioned above. This compound will bind to those loose colloids, gain weight and fall to the bottom of a barrel or tank expediting the racking process. Throughout history many of these third-party compounds have been animal products rich in protein such as casein from milk, gelatin, egg whites, and isinglass, which is derived from sturgeon bladder. At one time – thankfully in the past – dried blood powder was used…gross. The good news is that these agents are largely absent in the remaining wine; if they do remain in a fairly insignificant quantity.

But with that being said if you adhere to a strict vegan diet this may raise red flags. Thankfully there’s a solution to this problem: bentonite, a clay compound with almost Force-like absorption abilities. When introduced to water, it swells and attracts must, remaining stem fragments, seeds and other pulp clouding up a wine. The use of bentonite is more popular when making white wine, but it’s used in red wine by vegan or “natural” centric winemakers. The only downside to applying this clay to red wine is that it can sometimes clarify so well it reduces the flavor profile of the resulting wine. Like so many other steps of the winemaking process, whether or not this happens all depends on the skills of the winemaker.

When purchasing wine you won’t see what compounds were used for fining on the label – with the exception of Australian and New Zealand. These two countries require the declaration of anything considered an “allergenic substance” on a product’s label, wine included. Outside of those exceptions the best way to ensure that you are drinking a “vegan” wine is to ask if the wine is unfined. If so, you’ll be safe.