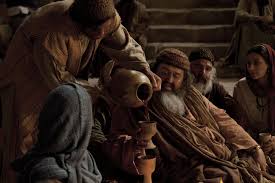 Recently, Rabbi Moshe Elefant, COO of the Orthodox Union (the lead Jewish organization in kosher certification), stated that he had spoken with a handful of medical marijuana companies interested in obtaining an OU stamp of approval for their product. It seems that marijuana is much more likely than bacon to become kosher in the near future. While it may seem strange that Orthodox rabbis – who are some of the most observant Jews out there – would want to religiously approve weed, the truth is that substances may have been used for religious purposes centuries prior to today.

The idea of drinking and consuming drugs to enrich a spiritual experience is somewhat commonplace in Judaism. Wine, for instance, plays a huge role in the religion. It’s drank regularly for Sabbath dinner and many holidays, including Purim. According to Rabbi Berel Wein, “Wine is meant to inspire and comfort us, to lend dignity and importance to an occasion, to raise an ordinary or even extraordinary human event to a higher spiritual level.” In this sense, wine’s intoxicating effects shouldn’t be avoided. In fact, they can make life more “extraordinary” and “spiritual.” Getting buzzed, it seems, is religiously a good thing.

And let’s not forget hard liquor. One sect of Judaism, the Chassidim, have traditions of drinking vodka after prayer, with some even going so far as to saying toasting with booze is prayer in and of itself. It’s no shock when you think about how Chassidim are noted for their feverish celebration and general bon vivant attitude. The Ba’al Shem Tov, the founder of Chassidic Judaism, was known to smoke a tobacco pipe. Yoseph Needelman, author of Cannabis Chassidis, claims that the Ba’al Shem Tov’s biographer, Rabbi Yakov Yosef of Polonoye, stated that “he would give his entire portion in this world, and in the world to come, just for a taste of what the Ba’al Shem Tov got from his pipe.” Sounds like there’s more than just tobacco in there.

The mention of hallucinogenic substances makes appearances in the five primary books of the Torah alone. In Exodus 30:23, there’s mention of an ingredient in religious anointment oils called knei bosem. One person who identified knei bosem as marijuana was respected kabbalist and Orthodox rabbi Aryeh Kaplan. He reasoned that the likelihood of knei bosem being marijuana was due to bud’s wide availability in the Middle East during Talmudic times. He also speaks of the meditative benefits of LSD and mescaline in his book Jewish Meditation: A Practical Guide.

Academic (and heretic apparent) Benny Shannon also claimed Moses was high when he received the Ten Commandments. Whether or not you want to subscribe to Shannon’s specific theory, it isn’t a stretch to say whoever was penning the Torah was high – frequently. Here’s an excerpt from the crossing of the red sea in Exodus:

Then the angel…moved and went behind them, and the pillar of cloud moved from before them and stood behind them… And there was the cloud and the darkness. And it lit up the night without one coming near the other all night…and the Lord drove the sea back by a strong east wind all night and made the sea dry land, and the waters were divided.

Couldn’t that just as easily be a rambling from your stoned friend?

The post Getting Buzzed In The Biblical Sense: Booze & Drugs In The Bible appeared first on VinePair.