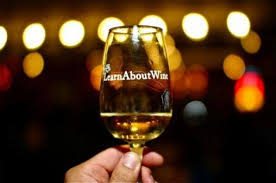 I had been studying wine hard for a few months. In fine dining, being a server with only a superficial understanding of the differences between the Rhone Valley and the Loire Valley is pretty nerve-wracking. You’re always eying that sophisticated couple that walks in and sits in your section. Is he wearing a mauve turtleneck? Oh shit. Wine people.

I had just spent the last four years of college perfecting something similar—i.e., convincing others who knew way more than I did, that I too understood the material. Are you kidding me professor, I loved The Pilgrim’s Progress! Couldn’t put it down.

A sommelier could be summoned over when the subtle art of bullshit failed, but I really was trying to learn. Every time a term came up that I didn’t know, I rushed back to the bar and consulted the Wine Lover’s Companion. But the regions, varieties, descriptors, and processes, just would not sink in permanently.

Why is that? Why can you recite the entire script of “Clueless”, but can’t recall the main white grape variety from Abruzzo?

In the words of Michel Thomas, linguist-to-the-stars:

“What you understand, you know; And what you know, you don’t forget.”

On its face, that doesn’t sound nearly as profound as it is. What I take it to mean though, is that you can regurgitate, for example, that Gamay is the variety in Cru Beaujolais to customers that ask at a table. But that is a very different kind of knowledge than the one you glean while drinking slightly chilled Fleurie outdoors with the season’s first strawberries. It’s a very different kind of understanding than the one you breathe in while standing under a windmill in Moulin Au Vent.

Learning about wine isn’t like cramming for a Developmental Psych quiz after wasting the entire night prior dancing to early Madonna and pounding Stroh’s in some dank fratty garage. We’re talking about real adult life here. If you don’t manage to retain something either before or after the 8 hours (plus) you spend a day spreadsheet-wrangling or strategizing how to “monetize non-essential assets” with your corporate overlords, it just ain’t gonna happen.

Drink wine. Not too much. Almost every day.

In the most recent “The Art of Eating—#94”, Edward Behr talks about how wine is food. Or at least was considered food. It’s caloric and refreshing. Wine belongs on the table as part of a daily routine. How can you intimately know something you don’t do often, prioritize, or pay particular attention to? In that sense, learning about wine is quite a bit like learning a new language. In order for it to stick, it has to be integrated into daily life.

Imagine having been born in a country where wine was a staple at every meal. You would just “speak the language” of wine. For those of us coming to this largely as adults, acquiring wine knowledge can seem daunting. It’s especially apparent in the presence of people with more perceived experience or knowledge. But here’s a little thing about that—most people don’t know Bordeaux from Burgundy. Some do, but those are generally the ones who would love nothing more than to get into a discussion about wine. If you’re around people who mercilessly scrutinize your mistakes or lack of wine knowledge, you shouldn’t be asking yourself “Is that bell pepper or grapefruit on the nose?”, but rather, “Why am I hanging out with assholes?”

Anyway, aside from the fact that daily wine consumption could actually be good for you (can’t you take “yes” for an answer?), the other subtle thing that emerges over years of daily drinking is personal taste. Was it Socrates who said “know thyself”? I might remember that if I wasn’t hungover during Intro to Philosophy. But the point is—what you understand you know, and what you know, you don’t forget.

Matthew Mullet works in energy and also spends a lot of time writing code. In the summer, he can be found tending to a large garden and sipping chilled rosé on his porch in rural Ohio.

The post How To Learn About Wine appeared first on VinePair.