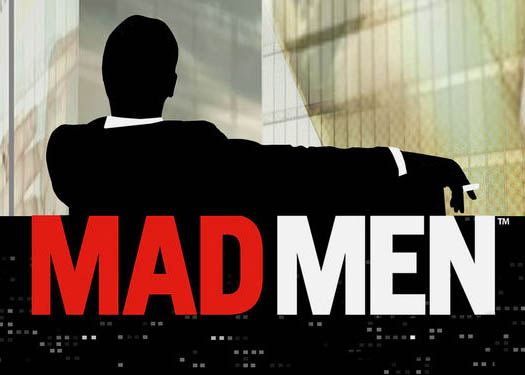 This Sunday begins the final episode run of AMC’s much-lauded period drama, Mad Men. For seven seasons, the employees of Sterling Cooper (and then Sterling Cooper Draper Pryce, and later SC&P) have dazzled audiences with their earnest and accurate portrayals of the advertising industry in 1960s Manhattan, as well as an exploration of the social issues that defined the epoch. However, despite a staggering number of awards and nominations from television’s most prestigious organizations, Mad Men is perhaps most famous for the excessive workplace drinking habits of its characters.

It is almost impossible to identify an office scene in the history of the show where at least one character isn’t pouring himself, or occasionally herself, a couple fingers of whiskey. As the show’s creator, Matthew Weiner, prides himself on a fanatical level of historical accuracy, the occurrence of wine consumed onscreen grows gradually with each passing season, which is intended to mirror the growing popularity of wine in the U.S. during that period.

Merlot, America’s second most popular red wine variety, is known for a high degree of drinkability. It pairs nicely with a large assortment of foods and also lacks the heaviness that turns off naysayers. Because it is so average in terms of taste, with a large variety of flavor notes depending on its country of origin and a low amount of tannins, Merlot is typically a first choice red wine for skeptics. In fact, I don’t think it’s a stretch to compare a glass of Merlot to any one of Don Draper’s ads.

Think about it: the SC&P creative team is presented with a product and an intention, let’s say how to convince families to eat Burger Chef instead of cooking at home. It is then their job to propose a solution. In this case, the key was a masterfully conceived ad campaign by Peggy Olson that played on the evolution of the traditional notions of “family dinner.” When I attempt to introduce white wine drinkers to switch to the dark side, I almost always recommend a Merlot.

Mad Men is largely a show about nostalgia. Its characters are struggling to evolve with America’s changing geopolitical landscape. While almost everyone on screen is constantly throwing back cocktails and spirits, I stand by my commitment to a purely wine pairing pairing.

The harsh liquors that Draper and his cohorts are seen wincing through contribute to an overall smoky brooding that marks each character. On the welcome occasion when a character pours a glass of wine, the scene’s mood is starkly different. These scenes involve Megan Draper, who herself is symbolic of so many traits that her husband lacks, at a dinner or social gathering where she almost always becomes the focal point. Drinking Merlot allows you to pay attention to the show’s thoughtful dialogue and purposeful silences while exploring the emotions that creator Matthew Weiner is attempting to finesse.

Mad Men’s popularity and acclaim have given way to a new wave of sixties appreciation, with an officially sanctioned NYC guide on how to emulate the characters’ lives, an exhibit at the Museum of the Moving Image and a truly impressive guide to the era’s cocktails. Regardless of whether you pour yourself a Merlot or something a little stronger, be sure to mentally prepare yourself for a generous serving of pathos when the final episode run begins this Sunday.