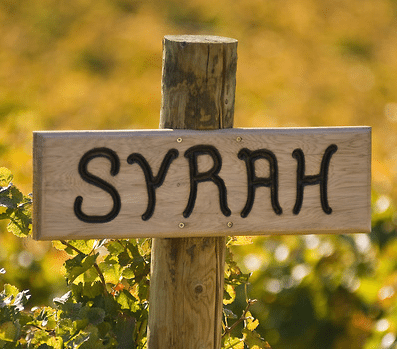 In an alternate universe, the current President of the United States is Francis J. Underwood, a Machiavellian political animal. Underwood, and his deft portrayal by the ever sinister Kevin Spacey, is the lynchpin of House of Cards. In 2013, when Netflix premiered the entire first season of its first ever original program, a new era of binge-watching was born.

Although the concept of binge-watching is decades old, the critically-lauded first season of HOC was an addictive political thriller, challenging people across the country to finish the season as fast as possible. Now, with the recent release of the third season, it seems appropriate to examine the series as a whole, and, for the uninitiated, consider the best way to binge: accompanied by a healthy dose of Syrah.

Syrah, also known as Shiraz, is a dark red. One of the oldest associated varieties of France’s Rhône wine region, the grape has also steadily increased in popularity throughout Australia and parts of California. The full-bodied red incorporates a variety of fruit and berry flavors, as well as more complex notes like chocolate and tobacco. And, because of its tannins and aftertaste, Syrah has a tendency to linger.

In the very first episode of HOC, Underwood goes to an early morning breakfast at Freddy’s BBQ Joint, a run-down, no-frills hole-in-the-wall in a bad part of town. At the helm of the establishment is deep-voiced, sad-faced Freddy Hayes. Throughout the series, Freddy appears as one of Underwoods few genuine friends.

When Freddy serves the then-congressman a heaping plate of southern-style barbecue ribs, Underwood’s roots truly shine. Throughout much of the first two seasons, Underwood is constantly seen returning to Freddy’s as a place of solace, safety and trust.

If you’re looking to dig into HOC, barbecue makes for the perfect accompanying snack. Not unsurprisingly, Syrah’s dark berry flavors perfectly compliment the juiciness of the meat. What’s more, hints of pepper in the Syrah’s profile help tease out a complimentary flavor in the smoky meat. Because of this balance, both are easy to enjoy slowly and deliberately.

Just like Syrah, Frank Underwood is heavy. Born and raised in Gaffney, South Carolina by an abusive father, Underwood’s speech is steeped in a deep, slow southern drawl. He is shrouded in mystery, and, similar to the complex flavor profile of the Syrah, is successful due to a wide array of components.

Like a good bottle of Syrah, it is best to digest House of Cards slowly. And of course, the key to any successful binge is the refreshments you pair it with. So prepare yourself a full plate of southern barbecue, pour yourself a generous glass of Syrah and settle in for three unwatched seasons of House of Cards; Frank Underwood would approve.

The post Pop Culture Pairing: If You’re Binge Watching House of Cards You Should Be Drinking Syrah appeared first on VinePair.