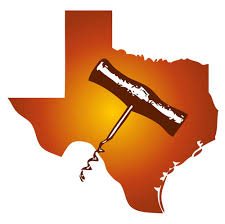 TEXSOM is one of the largest sommelier educational conferences in the world and the 11th annual version was recently held at the Four Seasons Resort and Club Dallas at Las Colinas. I have attended the previous few years and every year it gets bigger and better with over 1,000 people attending. I have watched the incredible organizational skills from the people working during the seminars held during the two-day conference in addition to the same when I took the Level 1 Introductory Sommelier Course & Exam last year. Everything seems to run so smoothly, and a large part of that is due to the volunteers who work before, during, and after the conference. This year I wanted to give back, so I signed up to volunteer. Some friends told me I was crazy because they would be very long days and exhausting, but were the days really like that?

June Rodil MS coordinated the volunteer team at TEXSOM this year. When you sign up to volunteer, you are requested to commit to at least two full days of volunteering to accommodate the scheduling. The actual two-day conference does not start until the Sunday, but volunteers are hard at work starting the previous Wednesday getting ready for the certification and other events that are held before the conference.

Due to other trips I had already taken this year and will take, my vacation time left to take off from work was limited so I started my volunteer shift on Friday. After arriving at my hotel the night before (no, volunteers do not get free rooms), I made sure I got some rest to prepare for the next day. The shift I was assigned to was from 8:30 a.m. to 5:30 p.m. This wasn’t going to be that bad! A volunteer breakfast was also available at 7:30 a.m. at the Four Seasons.

The morning came and not knowing what kind of breakfast would be available, I took advantage of my hotel’s free breakfast. After arriving at the sponsored breakfast, I realized that was a mistake. There was plenty of food and best of all, bubbly! Who doesn’t enjoy starting the day with some nice sparkling wine?

The volunteer shifts were organized into four locations for Friday and each location had one or more captains to lead the group of volunteers. My shift started in Ballroom A which had the most volunteers scheduled. I had seen from Twitter tweets and Facebook posts in past years how a lot of time spent pre-conference was polishing glasses, so I was prepared for that. As we soon learned when we arrived in the Ballroom with the many towers holding racks of wine glasses, all the polishing had been done by the volunteers the day before. That was 15,000 wine glasses!

Our first task then was to move the wine glass towers and other items out of the Ballroom and into other storage rooms so the Ballroom could be set up for lunch. After everything had been moved, we were told to wait in the Sommeliers Lounge which was a room available for the volunteers to relax when there was a break from working. The room was set up with couches and chairs, much needed coffee for the coffee drinkers, and lo and behold…wine. Friday’s wine was sponsored by Louis Roederer and a Champagne Brut Premier was available to drink. More bubbly? Why not? As we learned, there are wines available for the volunteers that others may not get a chance to enjoy. Hence, that is another benefit of volunteering. Another benefit is to network with the other volunteers. A lot of volunteers work in restaurants and other beverage businesses, but there are also just those wine lovers like myself who just want to help. There were quite a few volunteers who had volunteered previous years so they enjoyed renewing their friendships and others enjoyed making new business relationships. While talking to others, is it was easy to recognize these were all talented and passionate people. I had met some of the other volunteers and captains in previous years while just attending the conference, and it was nice getting a chance to learn more about them instead of just in passing. Back in the Sommelier Lounge, occasionally a captain would come in and say they needed so many people to help with something. Part of the need for waiting besides the wine glasses having already been polished the previous day, were the classes that were currently being held. When those were finished, then the rooms needed to be cleaned up and the dirty wine glasses cleaned and polished. Often the room might need to be set up for the next class.

I already mentioned the sponsored breakfast and lunch, and dinner was no exception with Glazer’s sponsoring an off-site dinner that night. Great food and wine is definitely a benefit for volunteering.

Saturday had a sponsored breakfast by Franciacorta, lunch by Gérard Bertrand, and the Sommelier Lounge had wines by Wines of South Africa. There was a great selection of South African wines including my first white Pinotage. Personally, I’m not fond of the normally red Pinotage, but the white was very good. Most of Saturday’s duties finally involved polishing wine glasses. I was hoping to pick up some tips on how sommeliers polish, but everybody just did it their own way, so I used the method I do at home. Some of the volunteers took pride showing the blisters they had gotten between their fingers in polishing, but my method wasn’t like theirs so I was sure I would be fine. And in fact I was for the first tower or two. But then I realized I was forming a blister on one finger and had to modify my technique. I did learn a tip when there were water spots on a glass. Holding the glass over a hot pitcher of water would provide enough condensation to continue polishing the glass and in most cases, the spots came out. And oh, there were a lot of water spots. People were blaming the hard water on creating the spots which is certainly possible, but I have only seen them at home when we used to just let the glasses air dry upside down instead of polishing them immediately. Either way, the polishing would have gone much faster if glasses did not have to be redone a few times to get them spot free.

As a volunteer, you get to see parts of the Four Seasons you would not normally see. For example, we polished glasses at one point in the kitchen behind the Ballroom. Another time was in a small room which was behind the room offering the Level 1 Introductory class. There we would see the volunteers pouring and tasting the wines used in the class to ensure all were okay. So that’s how it was done.

Saturday morning we had a little break and two Masters, Larry O’Brien and Jay James, gave everybody a demonstration of decanting older wine for service. This was the same demonstration given at the end of the Level 1 Introductory course I did last year and surprisingly, I remembered most of the techniques. They then let some volunteers do the same service and provided valuable feedback. We were often told that TEXSOM could not happen without the volunteer’s help and dedication, and seeing that first hand, I could see why. It is at times hard work, but also very beneficial too. Watch the TEXSOM website for next year’s conference and when it’s time, click the Volunteer link to sign up and volunteer for the conference.