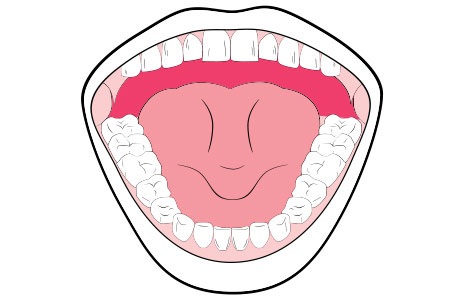 Imagine eating a piece of kale and being gobsmacked in the palate with a taste so intense you need a moment to recover. For a supertaster, this is a common experience. While being a supertaster may sound like the coolest superpower in the world, this condition actually has a fair amount of drawbacks.

A supertaster is someone who has twice as many tastebuds as the average person. The science behind supertasting is possibly linked to people’s sensitivity to a bitter chemical called 6-n-propylthiouracil (PROP), which makes supertasters much more sensitive to – you guessed it – bitterness. The BBC speculates that this particular sensitivity developed as an evolutionary defense mechanism, one that would prevent us from eating potentially toxic foods.

Whereas many of us enjoy brussel sprouts, supertasters recoil because they find them extra bitter. They might also shudder at the thought of collard greens, the aforementioned kale and… booze. That’s right, if you’re a supertaster, certain types of alcohol are likely to be an ill-fit for your palate. Bitter pale ales, IPAs, and gin and tonics (the quinine in the tonic is extra bitter to supertasters) are often quite unappealing to supertasters.

Given the superlative, you’d think that being a supertaster would be a good thing and many people do incorrectly claim that being a supertaster makes one a better taster of wine. But in fact, because of their extreme taste sensitivities, supertasters often find many foods and drinks unpleasant, including alcohol. Supertaster’s can be especially resistant to structured, tannic wines. Think Cabernet Sauvignon, or Syrah. However, they might also not like wines that have other sharp, intense flavors, or oily, fatty textures: like Sauternes or other noble rot-affected vino. While many of us love these bold, dominant flavors, for supertasters, they’re grating.

In the book The Science Of Wine, Dr. Gary Pickering, professor of Biological Sciences and Psychology/Wine Science at Brock University, states, “I would speculate that supertasters probably enjoy wine less than the rest of us. They experience astringency, acidity, bitterness, and heat (from alcohol) more intensely, and this combination may make wine—or some wine styles—relatively unappealing.”

That doesn’t mean that if you’re a supertaster, you can’t still potentially enjoy a tannic wine or a hoppy beer. You don’t always love your first try of something, but if you want to be a true wine connoisseur (aka someone who drinks wine… a lot), you’ll give whatever you don’t like another shot. Also, fun fact: supertasters tend to be healthier because they avoid salty, fatty foods.

In addition to supertasters, there are non-tasters and medium tasters. 25% of people are supertasters, 25% are non tasters, and the remaining 50% are medium tasters. If you’re a non-taster, it doesn’t mean you literally don’t taste food. Rather, you may prefer food that’s spicy and salty that supertasters would find bland. In fact, being a non-taster may leave you more open to trying foods (and wines, and beers!) since you’re not averse to strong flavoring.

So, are you a supertaster? The only way to really tell is to count your papillae (the pink dots on your tongue associated with tastebuds). Here’s what to do. First, grab a piece of paper and punch out one hole with a hole puncher. Then, stain your tongue with food coloring (or wine), which will help the papillae stand out more visibly. Hold the piece of paper over your stained tongue, using the hole to circle a portion of your tongue. Then, grab a magnifying glass and go to a mirror and start counting the pink dots. If you have 30+, you’re a supertaster. Medium tasters have 15-30, whereas “non-tasters” have under 15.

The post What Does It Mean To Be A Supertaster And Do You Actually Want To Be One? appeared first on VinePair.