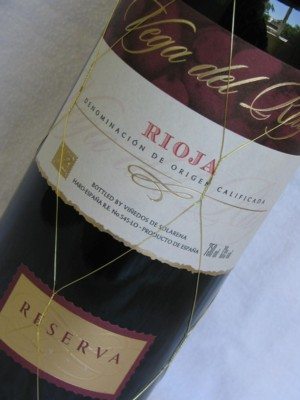 While today we have microchips and scannable barcodes to help maintain a wine’s true origin – though often that isn’t even enough to stop a skilled counterfeiter – in the time of pre-high tech wine, many winemakers were left to their own devices, having to conjure up their own methods for protecting the integrity of their wine.

But before you jump to the conclusion that what winemakers were really trying to protect was their profit, keep in mind that after a wine’s initial sale, just like with art, the winemaker sees no additional profit as their bottles continue to rise up the auction chain, gaining greater and greater value. Their motivation for protecting the wine’s integrity was instead for self preservation, for if someone happened to drink a bottle they thought was a particular wine, that instead was counterfeit, the results could be very bad for the wine’s reputation, as the winemaker had nothing to do with whatever wine happened to be inside the counterfeit bottle.

This brings us to the origin of the traditional gold wire netting that can often be found surrounding the bottles of high-end Rioja. In 1858 Camilo Hurtado de Amézaga, Marques de Riscal – the title Marques de Riscal is a Spanish noble title created in 1708 by King Felipe V for Baltasar Hurtado de Amezaga, and since then only 7 other people have held it – founded a winery in Rioja that he named after the title he was clearly very proud to hold: Marques de Riscal. Prior to starting the winery, Camilo had studied in Bordeaux and learned to make wines in the French tradition. When he returned to Spain, he sought to experiment with these French methods, making a wine that was the first to use French oak barrels during the aging process among other borrowed French tactics.

Soon after releasing his wines created using French methods, Camilo’s Riojas began winning awards and it wasn’t long after receiving those awards that they became the preferred wines of King Alfonso XII. Suffice it to say, the wines of Marques de Riscal became extremely desirable and therefore collectible. The counterfeiters soon followed.

Eager to protect his reputation and his precious wines, Camilo invented a wire netting that covered the bottle, thereby preventing counterfeiters from either being able to slyly remove the cork, draining out the good wine and replacing it with something else, or simply refill and re-cork a used bottle, since it was impossible to remove the netting without breaking it, and once off, the netting could not be put back on the bottle. If there was something wrong with the wire netting surrounding the bottle, chances were, that bottle was a fake.

The invention was an ingenious success and soon other high-quality Rioja producers began to follow suit, as they also sought to protect their precious wines. In time, the use of the wire mesh was so ubiquitous, that its presence on a bottle came to signify top quality Rioja. The gold wire became such a symbol of prestige, that today the netting is still in use by some Bodegas, though its use now is more due to tradition than counterfeit protection. That’s what the microchips are for.

The post Why Rioja Bottles Are Wrapped In Gold Wire – To Stop Thieves appeared first on VinePair.