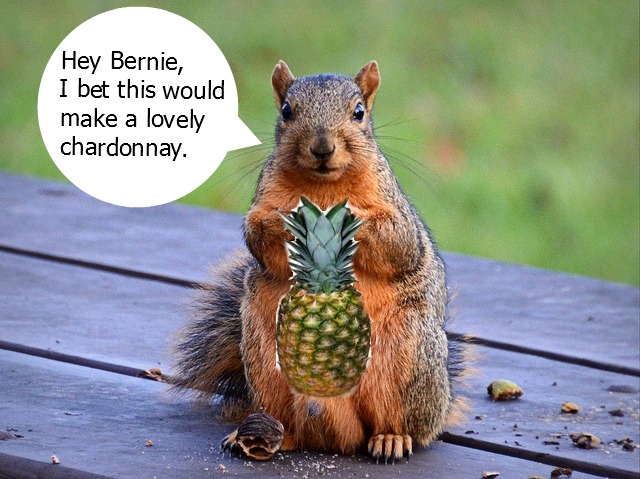 You might ask yourself how a moose got a hold of booze, why he’d want to get drunk in the first place, and would he see the humor in drinking jäger? While we can’t answer the last inquiry, there’s a surprising amount of insight into the first two.

While animals can’t drive themselves over to the liquor store, they do have access to nature’s candy: fermented fruit and berries, plus uppers like coffee and coca leaves. You can easily get sauced in the wild, and the ability to do so isn’t limited to just one species. Cedar waxwing birds, for example, often munch on fermented berries, the result of which could land them an FWI – flying while intoxicating. Yep, the birds are known to crash into glass walls. Meanwhile, wallabies have found their ways into medical opium fields, where they taste the sap and get high. The list goes on and on – from bats to tree shrews. In fact, the latter basically subsists off of a diet of fermented palm nectar, enough to show up the alcohol tolerance of most hard-drinking humans. And why do animals get drunk and stoned? Well, the same reason we do – it feels good. Moreover, just like we’ll have an extra glass (or three) of wine when we’re sad or stressed, so do animals. Physical pain and awkward social situations also supposedly cause animals to seek out a fix. So, when you feel the need to get drunk while hanging out with a large group of strangers, you’re not alone.

Moreover, the fact that human youth love to drink is something we might share with our furry friends, as well. One study found that amongst a group of 35 vervet monkeys who where were offered sugar water mixed with booze and just sugar water, the younger monkeys preferred the cocktail more than the older monkeys. We think maybe the older monkeys liked their booze straight. The researches of the study, on the other hand, suggested that perhaps the older monkeys refused the booze because they had to be more aware and ready to perform their adult duties. That seems like an awfully sophisticated stretch, but who knows? Monkeys have been known to do some ingenious things.